“Geoff Leonard knows more about me than I know myself.”

Geoff Leonard (born 25 July 1947) is an authority on the works of composer John Barry, and has co-written three books about him. He is also an authority on British TV music and has produced several related albums of TV themes.

He has co-written sleeve-notes for numerous CDs, including those featuring music by Maurice Jarre, Roy Budd, Ron Grainer, John Barry and Adam Faith.

Geoff was born in Bristol, England, UK, and educated at Cotham Grammar School in the city.

After spending many years working in the banking industry, in 1990 Leonard produced his first CD, Beat Girl/Stringbeat, by John Barry. This was followed by a succession of British TV Theme albums, and albums featuring the works of Don Black and Ron Grainer.

During the early 1990s, Leonard and co-writer Pete Walker worked on their first book, John Barry – A Life in Music, which was published in 1998. They also co-wrote numerous articles for magazines, such as Film Score Monthly, Music from the Movies and 007 Magazine. The latter continues to this day.

Throughout the 2000s, Geoff worked for IMDb.com, managing biographies, composers and the music-department, amongst other tasks.

In 2008, he and Walker wrote a follow-up book, John Barry: The Man with the Midas Touch, and in 2018, they co-wrote Hit and Miss: The Story of The John Barry Seven.

In conjunction with designer Ruud Rozemeijer, Geoff runs a number of websites; subjects include musicians John Barry, Adam Faith, Ron Grainer and Robert Farnon; and also some for popular UK music shows such as Oh Boy!, Thank Your Lucky Stars and Drumbeat.

Geoff is also omnipresent on Youtube, and specialises in videos of steam trains. He is a life member of Gloucestershire County Cricket Club, and a keen photographer. 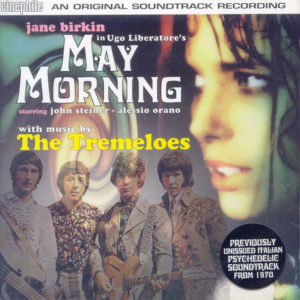